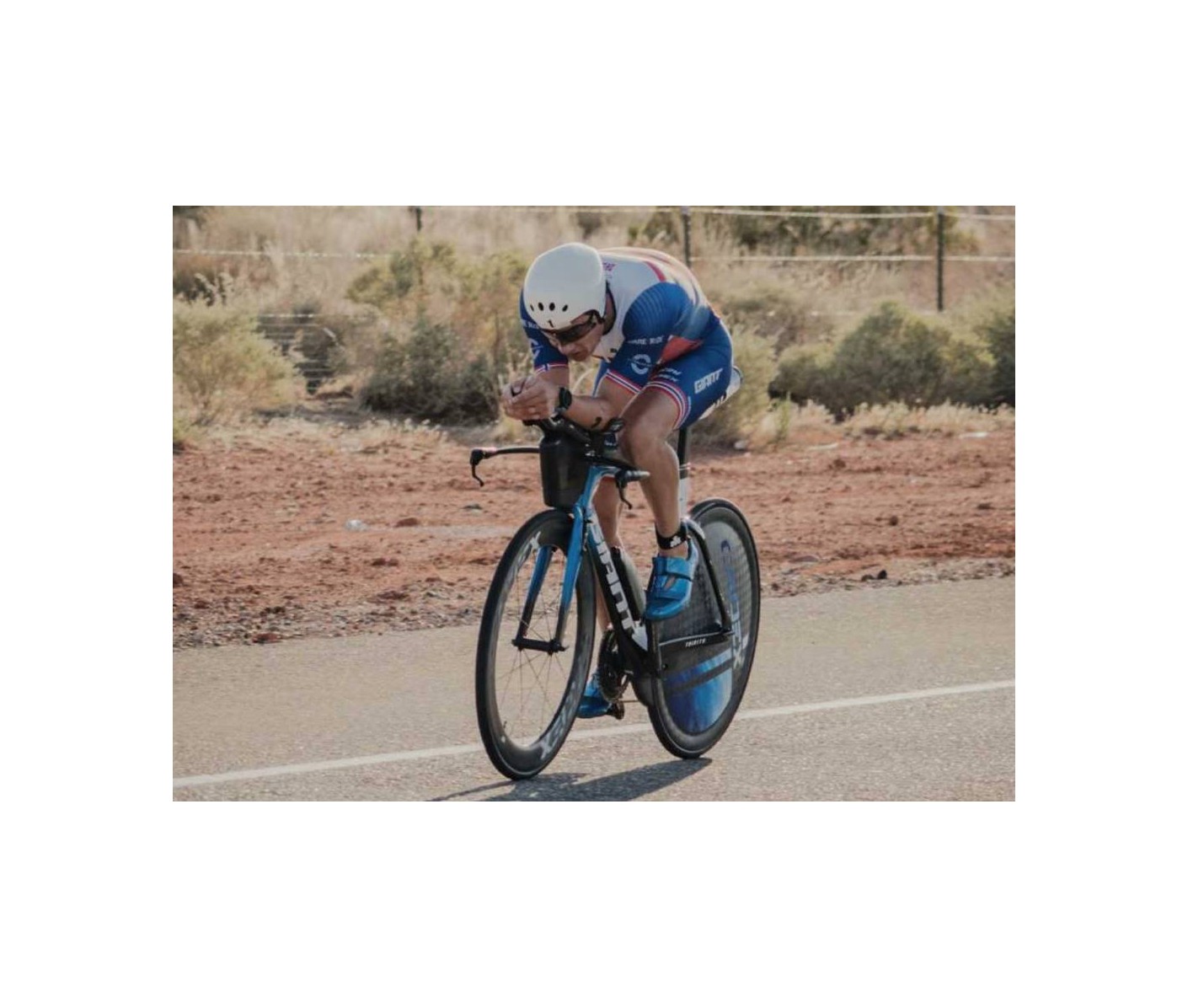 While Iden was somewhat of a surprise winner in 2019, when he was just 23 years old, he arrived in Utah as one of the top favorites this year. With the 2020 event canceled due to COVID-19 restrictions, he had held the title for the past two years.

The 25-year-old Norwegian’s race got off to a rough start when he took a kick to the chest during the start of the 1.9km swim in Sand Hollow Reservoir. Iden continued on, but he came out of the water 1:10 behind a lead group including Appleton.

“I ran with some pain during the run, but the pain really started after the finish line,” he said afterward. “I don’t think it affected the race at all.”

Once he hit the 90k bike leg on his Trinity Advanced Pro with a CADEX WheelSystem, Iden began closing in on the leaders. By the 40km mark, he was in sixth position, less than 20 seconds behind leader Frederic Funk of Germany. Wearing his Giant Rivet TT helmet, Iden laid down the power, moving up through the field and taking the lead by the 55km mark.

Iden’s bike split of 1:58:59 gave him a one-minute lead going through T2. By the 8km mark in the run, he extended his lead to more than three minutes. In the end, the Norwegian crossed the line with a time of 3:37:13, nearly four minutes ahead of second-place finisher Sam Long of the U.S.

“Luckily I had a great start of the bike ride, and got up quite quickly,” Iden said. “But it wasn’t until I started the run that I was really confident the title was mine to win.”

Appleton, who also turned in a strong ride on his Trinity Advanced Pro bike, came across the line ninth. “I hung tough all day, and I’m proud of that, but I wanted so much more,” Appleton said. “I know I have the ability to be higher up, and I’m motivated more than ever to work on my running speed.”